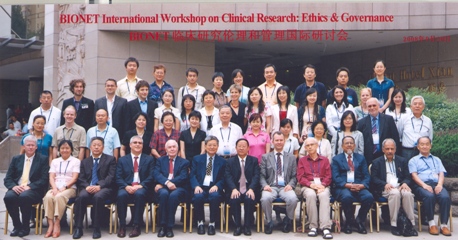 BIONET partners and invited speakers met in Xi’an from 9 to 12 September 2008 at a workshop to discuss issues surrounding the ethical governance of clinical trials. Since the mid 20th century, clinical trials (especially randomized controlled trials) have emerged as the gold standard for evaluating the efficacy of a drug or treatment, and as an ‘obligatory point of passage’ in translation work from bench to bedside.

There are an estimated 50,000 clinical trials being run worldwide today. In recent years, pharmaceutical companies have contracted clinical research organisations (CROs), which specialise in carrying out clinical trials, to carry out the bulk of their clinical trials. These CROs, which are often based in America or Europe, increasingly ‘offshore’ trials to Eastern Europe, Latin America and Asia. The reasons for such offshoring can range from an economic drive to rationalise and save costs, the growing difficulty of finding ‘treatment naïve’ populations in western countries, and a perception that ethical standards are lower in some countries. The value of the worldwide clinical trial industry has been estimated at $50 billion, and China has now overtaken India in the number of trials conducted, not least because it is forecast to be the world’s fifth-largest pharmaceuticals market by 2010. A workshop report from the event will soon appear here.