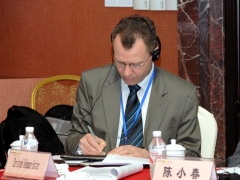 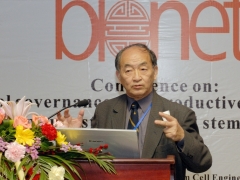 In April 2007, the BIONET Expert Group on the ethics of Chinese-European biomedical research collaborations was officially constituted at a meeting in Beijing. It is composed of 10 members from the fields of medicine, ethics, law, political science and social science. The group will work towards a set of recommendations for best practice in the ethical governance of research collaborations in biological and biomedical research between Chinese and European scientists, foster mutual understanding and provide opportunities to learn from each other. Results will be made public at the conclusion of the BIONET project in 2009. The Expert Group is chaired by Christoph Rehmann-Sutter, a Professor of bioethics at the University of Basel/Switzerland and also President of the Swiss National Advisory Commission on Biomedical Ethics. It is co-chaired by Professor Qiu Renzong of the Chinese Academy of Social Sciences. Members of the group are: